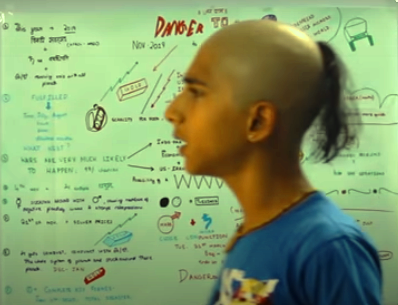 About India, he has told that it would start effecting from March 2020, from the western part of India and slowly spread over across India. Eastern Part of India will be affected more from May specially Orrisa, Bengal and North east.

As per him, Saturn & Jupiter will be associated with Mars, and on the other way Moon and Rahu will also be associated during March-April. As per astrology, since Mars, Jupiter and Saturn being in the outer ring of the Solar system, they are stronger planets than others and will create a rare association amongst them, which will create faster speed for the spread of this virus.

This Virus effect will be reduced by June end and again will come back on end of December  2020.

Everybody should be careful during this period, should gain immunity to protect ourselves. We should be little exposed to mild sunlight every day for sometime from house itself to create immunity of the body and who ever like to chant mantra, can chant “Om Namah Shivaya”, “Om Sanesh Charayah Namah”